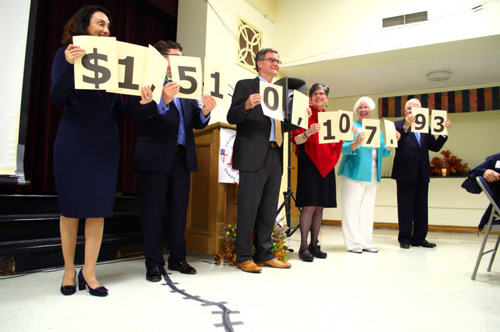 From the Episcopal Diocese of Rochester Diocesan E-Newsletter

Last Saturday, St. Thomas’, Rochester, gathered to announce the results of the first phase of their capital campaign. Working with James D. Klote & Associates, the Brighton church has raised $1,510,107.93 in the silent phase of the campaign, which began September 14, 2014.

The crowd gasped upon the announcement of the figure – more than 3/4 of the church’s $2 million goal. The funds are being raised to improve the church’s facilities (50%) and sustain its ministry (50%). St. Thomas’ began as a city Sunday School 125 years ago, before moving to “rural” Brighton in 1930 – where the parish thrives today. 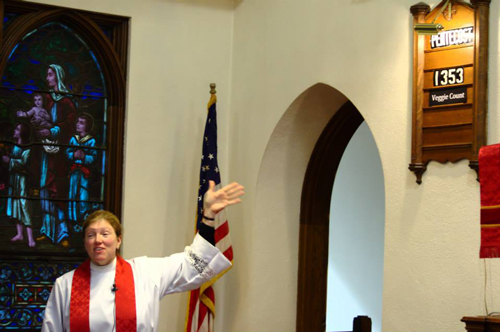 Even as the harvest winds down, St. Mark’s & St. John’s, Rochester, is still growing! The church – which has grown 1,353 pounds of produce for FoodLink this year in its urban gardens – saw four of its members confirmed/received into the Episcopal Church last weekend. The joyful service ended in song with “What a Wonderful World.”