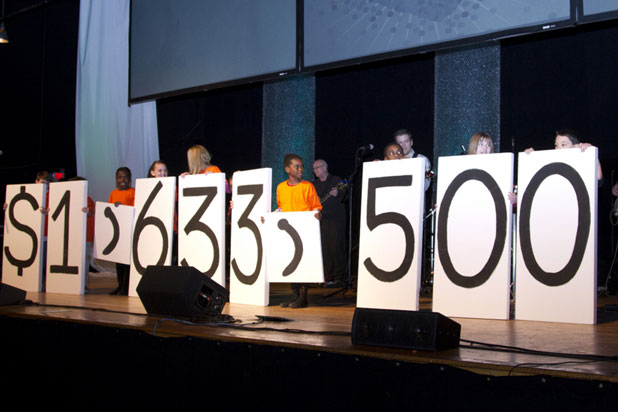 By Tony Dean
The Capital Campaign Kick-off Event is one of the most important components of the campaign. It is this event that educates, inspires, and motivates members of the congregation to become involved, take ownership and make an investment in the future of the church.

There are three objectives to the Kick-off Event. The first is to educate the members about the Feasibility Study and what was decided regarding the needs and the proposed solutions. To do this, it is important to provide a clear Case Statement, developed from the results of the Feasibility Study and delivered by the Campaign Chair. The second is to introduce and recognize all of those members who are involved in the campaign. The third is to announce and celebrate how much money has been pledged thus far. The Kick-off Event is not the venue in which to ask people for their pledge/gift.

The Kick-off Event is a time of fun and celebration in a relaxed environment, creating an atmosphere of enthusiasm. It is a time for members of the congregation to come together as one body to socialize, building unity. People walk away from the event inspired and motivated to support their great church.

Musical entertainment from an outside source is one option for creating a nice, warm atmosphere before and during dinner. Subsequent to the dinner a brief program should be provided; including such things as a Children’s or Adult Choir, testimonials shared by those who are in complete support of the campaign, inspirational words from the Capital Campaign Chair and closing remarks and a prayer from the Senior Clergy.

Members of the congregation should walk away from the Campaign Kick-off Event excited that the campaign has already gained momentum and with a desire to help make it even more successful.