The Scouts Had It Right!
“Be Prepared” 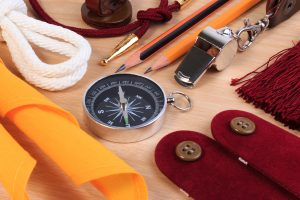 Back in 1907, a British war hero, Robert Baden-Powell began training boys and young men in camping, patriotism and chivalry, among other character traits, and the Scouting movement was begun. Many of my friends were in the Scouting movement and I came to know that the Scouting motto is “Be Prepared”. This is a fitting motto for life and when it comes to Capital Stewardship Campaigns, I believe it is a critical component to a successful campaign.

As with all healthy organizations, a prepared and engaged senior leader is vital to the long-term success of any project. A leader who is visionary and able to see the end game, without compromising or skipping steps along the way, is essential to bringing a capital campaign to fruition. In a recent campaign that I lead, the Rector was visionary and had an end goal in sight from the day he began his ministry at this small church. However, he didn’t steamroll the Vestry or the congregation to implement his vision immediately. After three years of incrementally preparing the congregation, they were at a place where a capital campaign could begin and the opportunity for success was extremely high.

A visionary leader is empowered by those that surround and support him. A Vestry or board of directors that is able to understand, believe in and own the senior leader’s vision, is another critical aspect to ongoing achievement. In my most recent example, this was another key factor to the eventual success of the capital campaign. The Vestry took ownership of the campaign and committed the necessary time and energy to ensure that the campaign was their main priority for the duration of my time with them and beyond. They encouraged and enabled the congregation to believe in and accept the various stages of the campaign and buy-in to the project. Their support gave credibility to the campaign.

When the senior leader and leadership team are in sync and “preaching” the same vision, the congregation is able to have faith and trust in the process. A congregation that has been prepared over time, is aware of the needs, and trusts their leaders, is far more likely to support a project with their time and eventually their financial commitment. Seeing first-hand evidence of this principle has once again solidified my understanding of the importance of strong leadership.

The characters in this story are all just normal people, living normal lives, but when presented with strong and visionary leadership, they rise to the challenge. Like the Boy Scouts, they were “Prepared” and had put the time and effort in to ensure that the Klote capital fundraising methods could be fully implemented. When my time concluded with the church, we had already received pledges totalling more than six times the congregation’s annual giving; and they aren’t done yet!