Capital Campaign – Are you Ready? 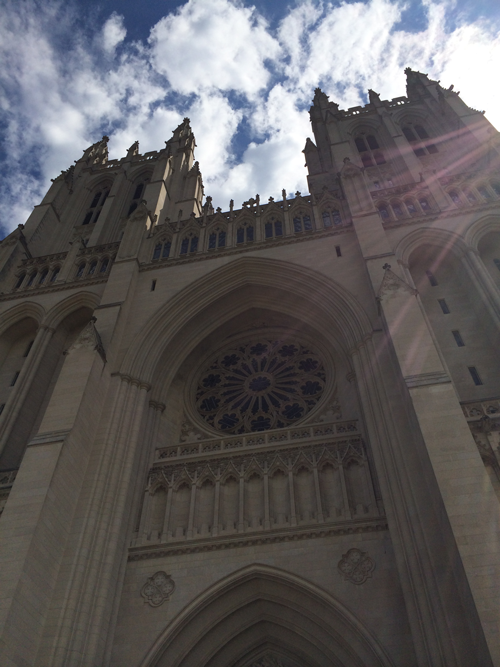 By Steve Siegel originally written in “The Loop” January + February 2014 – Issue No. 41. THE LOOP IS A COMMUNICATION PIECE OF CENTRAL COMMUNITY CHURCH

Professional campaign consultant Steve Siegel has worked in our offices for five months preparing us for the launch of our capital campaign. He reflects on what it takes to execute a successful campaign and assesses our readiness to undertake our upcoming campaign.

As capital campaign consultants we have worked with hundreds of churches across many denominations for a wide variety of capital campaign causes. We have been on-site at Central since the beginning of September. As professionals we are very serious about what we do and how we evaluate the readiness of a church to initiate a large scale project like yours. What have we seen so far at Central Community Church? How does Central stack up against other similar campaigns?

We believe that there are four pre-requisites for any successful campaign:

Let’s take a look at those four criteria one at a time.

So what are the challenges and opportunities Central Community Church will face in completing a successful campaign based on what we’ve seen from other churches?

Early pledges from young adults at Central are astounding! Your young adults and young families have really caught the vision AND have been willing to sacrifice in order to fund it. It’s some of the best I’ve seen.

Growth: Central is growing steadily. As people continue to come to Central the opportunity for them to participate in this vision will exceed the opportunity in most churches that are not growing as quickly.

Relationships: Churches that have the most successful campaigns are also the most relational. Central has an extraordinary commitment to promoting spiritual growth in the context of relationships.

Challenges
A lack of volunteers willing to visit others: So far so good, but as the campaign moves forward many more volunteers will be required in order to reach everyone at Central.

Procrastination: We all do it, but agreeing to your own campaign visit promptly, making that short one hour meeting a priority for your schedule, and making a timely decision on your own campaign pledge is absolutely vital to success. Churches who commit to these principles do far better than those who don’t. Fear is sometimes part of the reason why some may put off making a pledge. But this is also an opportunity to grow in faith.

Waiting for someone else: In the most successful campaigns individual families are looking first at how they can sacrifice as much as possible in order to help the church reach its goal. They’re not waiting for others to give ‘the big bucks’ or assuming that ‘I have nothing to give.’ Churches that have too many families looking around for someone else to give, or sacrifice, have very disappointing results.

Thinking too small: This is a big project that will require big sacrifices and big commitments.

Not willing to listen: Vital to the success of any campaign is an overall willingness of individuals and families to listen. Listen to the story, the vision, the opportunities and challenges before making any decisions.

The opportunities are there. The challenges can easily be overcome if we all work together. I’m looking forward to a very successful campaign!

The directors of James D. Klote & Associates have provided counsel and direction to hundreds of church campaigns for a wide variety of causes. They have worked with churches of all denominations and sizes throughout North America. Recently, a survey of 1,000 churches who had recently conducted capital campaigns showed that they were the number one ranked consulting firm in North America based on results and satisfaction.