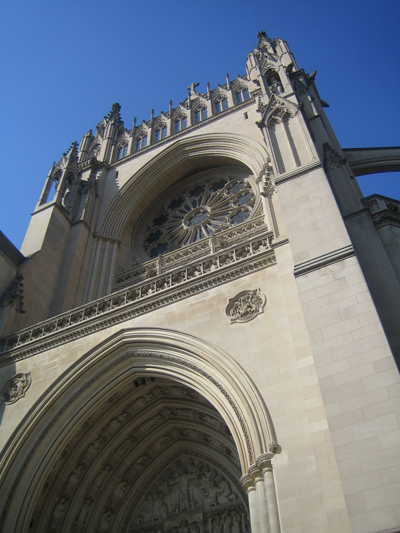 I recently presented the services of our firm to a large church in southern California. The presentation went well with many questions regarding full-time and on-site consulting.

Near the end of the presentation, one question that often arises came up. How much can we expect donors to pay on pledges?In other words, what type of collection loss would we expect from the total pledged to the capital campaign?

My standard response, after 25 years of stewardship consulting, was usually, 96% to 98% is paid on pledges to our campaigns. Very often, many churches continue to visit new members during the 3 year pledge period, and raise more than was originally pledged in the initial campaign.

Several individuals began speaking at the same time, explaining that only 60% was actually realized in payments from their previous campaign. When I asked how the campaign was conducted, they explained that the fundraising firm they had hired for that campaign strongly believed in asking church members to give in group solicitation meetings.

Unfortunately, group solicitation is probably the worst way to conduct a capital campaign effort. It puts far too much pressure on individuals to pledge a particular amount. In addition, many firms that employ that type of technique also asked for a specific amount and will challenge everyone to consider that pledge.

This approach will often backfire. What I have heard is that many people, feeling a tremendous amount of pressure, will agree to the pledge requested. However, many of these prospective donors do not have the financial ability to make a challenging pledge.

It is more important that confidentiality be honored in a capital campaign. All donors should be treated with respect and offered the opportunity for a personal meeting in order to ask questions and openly discuss the needs of the church. Only then should a donor be asked to consider a pledge to the capital campaign.

If your church wants to reduce the collection loss in pledges, treat donors with respect and honor by performing one on one personal visits.