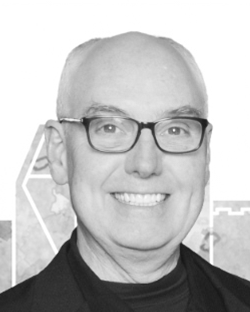 Having Co-Chaired our previous Capital Campaign with my wife, I was on the selection committee that interviewed you by Skype last year for the First Church of Dallas’ current Capital Campaign, “Love First.”  I had learned much from the mistakes we made during that previous campaign, and after hearing your proposal I was hopeful that you would prevent us from repeating them.  I am happy to report that the consultant you sent to Dallas, has made good on all of your promises, taught us a method that works, and helped us to have some fun along the way.

The consultant came to our church like an experienced carpenter arriving on a job site, saw what needed to be done better than we could, and went right to work.  He listened to our strategic plan, translated it into a presentable format, and organized our team.  He then led from the front, outworking the rest of us.  I was impressed (and on several occasions personally grateful) that he did not belittle those who had failed to complete their assigned tasks, focusing instead on positive reinforcement and emphasizing best practices.  We are in the final days of the campaign now, only 9 months from the kickoff.  We are just a bit short of our goal of $10 million, but we have already received enough pledges to implement the most important components of the strategic plan, and we hope to gradually fund them all in the years to come.