Thankful for Our Heritage; Faithful to Our Future 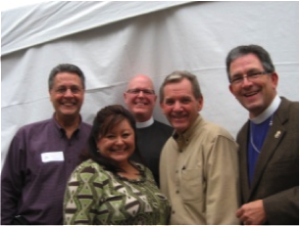 Boise, Idaho – St. Michael’s Episcopal Cathedral held its Capital Campaign Kick-off Celebration on October 16, 2011. The excitement and enthusiasm from more than 180 attendees was uplifting. The cozy event included a band and an Italian style catered dinner presented in buffet style under a tent on the Cathedral parking lot with round tables and candlelight. A very nice program included a brief message from the Jr. Warden, Michelle Hicks; encouraging statements from Dean Rich Demarest regarding the potential future of St. Michael’s; a testimonial from one of the youth; inspirational comments from the Campaign Co-Chair, Gary Mahn; and motivational words from the Bishop Brian Thom. People also had a great time enjoying the fellowship. 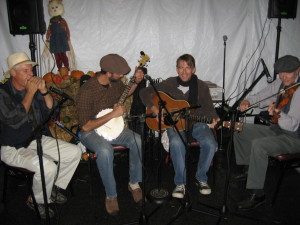 The Band at the Kick-off Celebration

The church has completed one half of a twelve week campaign and has already raised more than $600,000. There is great potential remaining for the campaign. The needs and opportunities include mortgage reduction for a historical building called the Carnegie Building, which sits across the street from the downtown Cathedral; and renovations for the Cathedral and another historical building called the Tuttle House, which sits adjacent to the Cathedral. 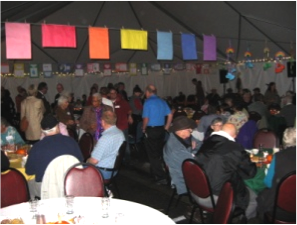 Gary Mahn, Campaign Co-Chair, stated that people were coming up to him after the event wanting to make their pledges. Will Reilly, Campaign Co-Chair, received incredible feedback regarding the number of people who attended, the venue, the speeches, the amount of money already pledged, and the public pledge from the Bishop. Other comments from those who attended the event were that it was well organized, they were relaxed and they enjoyed it.

The excitement of the event truly motivated people to want to make an investment in this endeavor.