Leadership of the church representing a little over 15% of the congregation, have already pledged over $1,500,000, more than has ever been pledged in the history of the church during any other capital campaign. 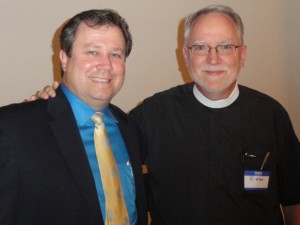 “The Kick-off Event was a wonderful celebration of our young church’s 5th year. Fellowship was enjoyed by all attendees and the venue provided a relaxed atmosphere to connect with each other on so many levels,” stated Tommy Lamb, Campaign Chair.

The church is hoping as a result of the campaign that is being directed by the full-time, on-site capital stewardship consulting firm, James D. Klote & Associates, they will be able to retire the debt, much needed renovation including entrance way enhancements, increase their missions and outreach, large youth space, and additional adult classrooms.

“The good folks at St. Timothy’s were very surprised when it was announced that we had almost raised $500,000, they were overjoyed when they were told that we had actually raised over $1,500,000”, expressed Glendon Smith, Klote Campaign Director.