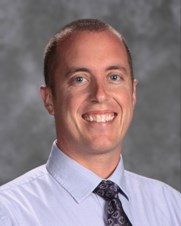 New Haven, IN – “We’re moving forward to raise money for a practical and ambitious plan.” That was the conclusion reached by the principal of Central Lutheran School of New Haven, Indiana recently after a successful 6-week Readiness Assessment. Principal Kevin Creutz was pleased with the participation of over 300 people in a series of focus groups that sought feedback on a comprehensive expansion plan to bring this successful Lutheran School into the 21st Century.

Central Lutheran has provided a quality, Christian education for thousands of children during its 62 years in the Fort Wayne, Indiana area. However, time and a growing enrollment have brought challenges to the surface that need to be addressed. The biggest pieces of the puzzle include a new and expanded early childhood wing for a growing preschool, and larger gymnasium to accommodate both athletics and performances for the arts. Other parts of the plan to address the practical needs of the school include an updated and more secure entry, renovated classrooms and a new music wing for an award winning band and choir program.

The total price tag would be approximately $10 million. “That’s the ambitious part of the plan,” said Creutz. But participants in the Readiness Assessment overwhelmingly agreed that the entire project was necessary in order to continue the school’s tradition of excellence and that a capital campaign should begin immediately in order to support it.

This fall a steering committee will be assembled and early pledges will be solicited from leadership with a public kickoff scheduled for January of 2016.

Central Lutheran School has asked James D. Klote & Associates to partner with them for this historic campaign. “I’ve been impressed with the leadership at CLS,” said Steve Siegel, Campaign Consultant with JDK&A. “CLS is a Lutheran school that has a very desirable ‘brand’ in the northeast Indiana area. It is recognized for its history of excellence in both academics and athletics. It also enjoys a solid base of multi-generational support that I will enjoy working with for this campaign,” said Siegel.