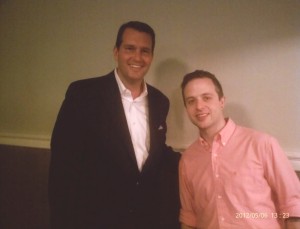 Chicago, IL MissioDei kicked off the public-facing phases of its new Capital Campaign,Joining God as He makes all things new, with an informational session and celebration Sunday, May 6 at its Addison Street location, just two blocks west of Wrigley Field.

More than 300 partners and regular attendees enjoyed fellowship with a meal by the Wicker Basket Cafe before campaign co-chairs Cory Minton and Liz Heinitz opened the session in prayer and worship lead by Jameson Allen. MissioDei partners Joe Davis and Michael Forsberg, who have committed to donating both time and finances to the new initiative, also shared their testimonies.

Then came an important announcement: $1,200,000 has already been raised during a phase leading up to the official kick off. A representative from the Charlesvoix Foundation, later announced that it would be completely renovating the building as a gift to MissioDei.

It was just four years ago that this brand new church evolved from two churches, CitiChurch & The Church of Wrigleyville, into what is now “MissioDeiChicago” growing from an attendance of 300 to more than 650 today.

We could not have imagined four years ago that we would have more than doubled our size, multiplied into new neighborhoods, and seen our gospel communities grow at a present rate of three percent per week. GOD has been so faithful to keep our eyes fixated on Him and to give us guidance through the aid of James D. Klote & Associates. Two years of planning by our elders and team of advisors is coming to fruition, MissioDei lead pastor Josh Taylor said. Having an on-site campaign director from James D. Klote & Associates has made a vital difference with results thus far exceeding our expectations. 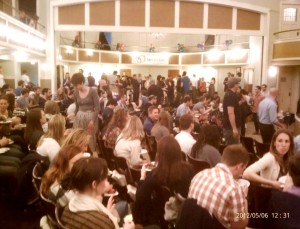 The primary goal of the campaign is to purchase the Addison Street facility in Wrigleyville so that it may become the hub to facilitate 10 new MissioDei church plantsa central location to train and equip pastors, elders, deacons and disciples. Future plans also include utilizing the building as a neighborhood community center for several new missions, ministry and outreach opportunities. Two additional aims are to elicit capital to support 10 new church plants and to establish a realistic maintenance fund for the 100-year-old building on Addison Street.

The campaign, directed by James D. Klote & Associates, which was recently named the #1 Church Consulting Firm in the country by Volkart May, a market research firm in Minnesota, assigned Jim Collins as the MissioDei campaign director.Jim Collins has been a gift from GOD to our church. He has worked tirelessly on our behalf and is an advocate for us in every sense of the word. We could not have had any better suited than him to walk us through this endeavor. He will forever be a part of the MissioDei family, added Taylor.