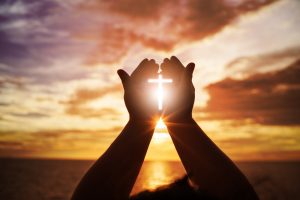 As congregations, and their leadership, consider undertaking a Capital Campaign, they must inevitably ask themselves, “What does it take to be successful?”  And they need to feel confident in that answer before committing to going forward.

There are the obvious answers to the question of what does it take to be successful, such as a compelling need, a strong case-statement and a solid plan.  These responses tend to focus on what could be accomplished through a successful capital campaign.  Stated in the opposite, church members won’t support things they don’t consider vital, crucial or required.

Often the test for determining how vital or critical a proposal or project (to be funded through a capital campaign) might be turns on the proposals relevance to the congregations’ sense of mission.  In other words, are proposals and projects consistent with what the congregation is attempting to accomplish through its ministries and/or do they material advance these efforts?  To receive a resounding “Yes”, the connection between proposal and purpose must be clear and easily understood.

That these “tangible” connections are a necessary condition for conducting a successful capital campaign seems almost self-evident.  It’s hard to imagine a congregation conducting a capital campaign that is not mission driven.  But is that sufficient to ensure success?  Over a decade of experience spanning literally hundreds of campaigns provides ample evidence that the answer is “No.”

In addition to the tangible connection between a campaign’s programmatic goals and the congregations’ mission and vision, there are intangible elements essential to success.  One such intangible was mentioned in the first paragraph of this article, Confidence.

With confidence, you have won before you have started.

As is our confidence, so is our capacity.

Confidence begins with leadership.  Leaders express it in a variety of ways throughout a campaign; their belief in the need being addressed and their faith in the purpose being served are just two ways confidence is revealed.  In addition, leadership must be certain that others will be called to support and serve the campaign.   A campaign’s leaders must also have confidence that the members of their congregation who volunteer are up to the demands and challenges of a campaign.

At the very beginning, leadership demonstrates its level of confidence in the way it uses the Feasibility Study.  Basically, there are two ways:

Each use of the Feasibility Study expresses a degree of confidence.  However, the major purpose of the Feasibility Study in the second case is to tweak the intended campaign based on input from the congregation, thereby building familiarity and buy-in.  There is no doubt that a campaign will be conducted, as with the first case.  This is a powerful expression of confidence on the part of leadership.

Anyone contemplating a capital campaign should consider carefully the importance of confidence in achieving success.  Special attention should be paid to a campaign’s initiation during the Feasibility Study and the Study’s potential impact on the congregation’s confidence in their ability to successfully conduct a campaign.  And they would be wise to remember the sage advice of an American sports icon, Vince Lombardi:

Confidence is contagious; so is a lack of confidence.

If your campaign planning addresses the contributions of both tangible and intangible factors to success, you’re far more likely to meet your objectives and achieve your goals.