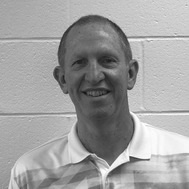 I just wanted to take a moment to give feedback on the capital fund campaign here at the church.

The consultant has worked very faithfully with our group to guide us through this process.  He gave us the direction to help us with our Focus Group Meetings and then has been with us throughout the Capital Campaign.

He has done a very good job of helping keep the group on target and on task.  The consultant has helped to guide our steering committee.  He has done this by direct leadership and by also giving support to our co-chairs of the campaign.  Through his work, the two men look to the congregation as if they have done this for years!

The intangible portion of what the consultant has brought is the connection with the people of the congregation.  He was the exact right person for this campaign as he has deep roots in Terre Haute which has afforded him many opportunities for conversation with our people.  They feel like he is one of them, a distinct advantage for one who is talking about their investment in this project!

I would recommend him to any group who is seeking leadership in a Capital Campaign.  He has made the process understandable but not intimidating.  He has guided our group from a point of fearfulness to comfort in their roles.

Probably the best recommendation I can give the consultant is that we have extended the invitation for him to join us as our friend following the conclusion of our contractual arrangement.

Thank you for allowing him to be the person working with us.