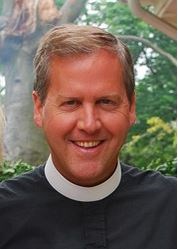 Fort Washington, PA – St. Thomas Episcopal Church successfully raised $6,250,000 during their Building for the Generations” Capital Campaign. “This amount was over two times the amount we had ever raised before and represented a 20-fold increase of what we had raised in our largest capital campaign 20 years before,” stated The Rev. Marek P. Zabriskie. As aggressive as their goal was it represented six-times their annual giving.

With the professional fundraising counsel of James D. Klote & Associates, the hard work of the St. Thomas leadership and the incredible generosity from more than 200 households at St. Thomas, they not only reached their goal but they surpassed it by $250,000 and raised an additional $750,000 for their endowment. In addition, the capital campaign was coupled with the annual campaign and increased their annual giving by 10%.