Falls Church, VA – James D. Klote & Associates, Inc., the nation’s largest full-time and on-site capital campaign consulting firm, was recently ranked #1 out of 25 national fundraising consulting firms in an independent study conducted by Volkart May & Associates, Inc., a Minnesota-based market research firm.* The 2010 June – July study polled 1,000 churches across the United States, and concluded that James D. Klote & Associates consistently raised the highest results “relative to church income.” This study also revealed that a campaign firm’s productivity and success is directly related to the way in which their campaigns are conducted. According to the results of the study, “…the firms that have been proven to be most productive in church capital campaigns are those that provide a high level of on-site, hands-on support (30 or more days) and employ a strategy that seeks to solicit support from a majority of church members in-person.” The highest ranking firm on the list, James D. Klote & Associates, implements both of these approaches in their method of capital campaigning.

“The distinction of being ranked as the top capital campaign consulting firm is truly an honor for our company.” Jim Klote, President 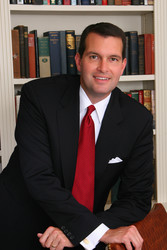 This study was based upon churches who had recently conducted capital stewardship campaigns. These churches were asked several questions relating to: the counsel approach to the campaign; how outreach was conducted during the campaign; and the overall outcome of the campaign. Jim Klote, President of James D. Klote & Associates, commented on the results of the survey: “Traditionally, our fundraising efforts produce 5 times annual giving. In these difficult economic times and with a growing number of debt reduction campaigns, we are pleased that our clients are able to raise 4 times their annual giving. We are all humbled and grateful to our past and present clients nationwide, who have given us the opportunity to assist them in achieving their goals. The distinction of being ranked as the top capital campaign consulting firm is truly an honor for our company.”

*This study was conducted independently by Volkart May & Associates, Inc. with no affiliation or endorsement by James D. Klote & Associates.